Harish Jain, Vice President, Brihanmumbai Developers Association (BDA), underlines that “Mumbai has more than 40000 Cooperative Housing Societies out of which 20000 societies need redevelopment. The city has more than 20000 dilapidated buildings, which need urgent redevelopment and 45% of Mumbai stays in slums, most of which are unhygienic with unliveable conditions. All of these need to be given priority and urgent attention by MCGM, State and Central Government.”

According to Ritesh Shah, Secretary, BDA, “COVID-19 has irrevocably changed every aspect of our lives. Our homes have emerged as the one safe refuge during the present lockdown phase and going forward they will continue to be so. Mumbai is an epicentre for Covid-19 due to non-development of these slums and delayed redevelopment of congested MHADA colonies While construction activities in the Brihanmumbai Municipal Corporation limits also came to a halt, adhering to the lockdown norms, it is vital to now have a strategy in place so that the process of building and delivering new homes can be expedited post-lockdown.”

“Most of the proposed solutions echoes the representations made by the developer community in the past with an aim to speed up the existing cumbersome and time-consuming procedures, which would otherwise extend the waiting period for Mumbaikars who are desperately in need of new residences,” Shah adds.

Real estate industry has received major setbacks in the past due to Demonetisation, implementation of RERA, GST, and the NBFC crisis. Also, due to the falling economy, sales are down since the last 3-4 years. 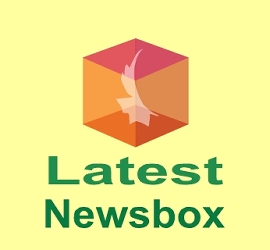 Following are the major setbacks, which continue to hamper real estate markets.

Land rates in Ready Reckoner are published every year by the Revenue Department which increases land rates year-on-year basis inspite of the fact that hardly any land deals are happening in Mumbai. However, GST considers 33% as land rate. There is a huge discrepancy in the same between two government departments.

DCPR 2034 took 3 years to get implemented and in that still many clarifications are pending from the Urban Development Department (UDD) and clearance of EP’s (Excluded Portion) is still awaited.

All premiums are linked to Ready Reckoner rates and RR kept on increasing year-on-year basis in last 8-9 years.

Open Space Deficiency for additional FSI has been increased 10 fold in DCPR 2034 from what was charged in DCR 1991 from 10% to 100% of Ready Reckoner.

Due to NAVY NOC issue, more than 10000 people in Ghatkopar and adjacent suburbs are out of their homes for more than 9 years. This needs to be resolved immediately.

Post granting height and getting approvals AAI (Airport Authority of India) reduces height of the building of ongoing projects. Due to this more than 15000 families are out of their homes.

If projects are delayed for no fault of developer i.e. due to change in policy, still developers are being penalised and interests are being charged.

Approvals still take more than 4-5 months, there is no ease available to the developer.

GST @ market value on rehab area given free of cost to Tenants and Society members has killed the Redevelopment industry. This needs to be waived off completely as GST is already being paid on sale flats & Development Agreement.

Benefit of reduced repo rate by RBI is not passed on to the Developers most of the times.

There are four approving authority in Mumbai i.e. MHADA, MMRDA, SRA & MCGM and many regulations under DCPR 2034 are having different payments, which doesn’t  give equal level playing field to Developers.

“At BDA we seek urgent Government intervention on these points. If they are not resolved soon, the developers will face serious issues. Redevelopment will be stopped as it is no more feasible and too cumbersome to get approvals done. Along with developers, all the common Mumbaikars will suffer,” Harish Jain, pointed out.

The Brihanmumbai Developers Association (BDA), has been quite proactive in this regard, conducting several webinars where suggestions were invited and deliberated upon before formulating a detailed blueprint for the same. Petitioning the authorities at each level to announce policies that can facilitate faster revival of construction activity, the BDA office bearers have outlined specific solutions to reduce further delays and effectively enable home seekers to receive possession as early as possible.

In continuation, to resolve issues faced by the industry; BDA has invited Dr. Jitendraji Awhad, Hon’ble Cabinet Minister for Housing, Government of Maharashtra for an online webinar on 27th May 2020 at 12 noon to address all its members about further steps to be taken in speeding up Redevelopment Across Mumbai.  (Webinar will be live on BDA’s YouTube channel : www.youtube.com/bdamumbai

Brihanmumbai Developers Association (BDA) is not just an association of developers of Mumbai, it is a movement!

At BDA we realize that when we do quality redevelopment projects, we not only contribute to the economy of the nation, but also bring about a huge change in the lifestyles and aspirations of the existing slum dwellers, tenants or society members whose buildings we redevelop. It is therefore about time that our social and economic contribution is recognized by the authorities and due support is provided to ease out the difficulties faced by the industry.